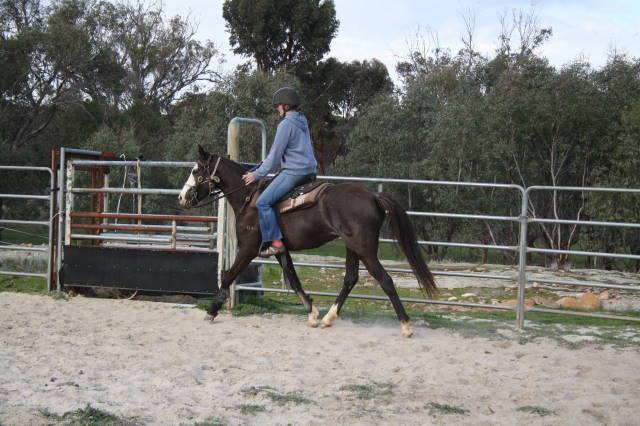 Jessie was adopted from the RSPCA with her mother, Lady Kingston, and had scarcely been handled when she came to us. She has a calm temperament is a fast learner and is now a gentle, accepting filly who enjoys human company as well as that of other ponies.

In mid-2012, she was accepted into the WA Police’s mounted section and although she passed all the required temperament and groundwork ability tests as a 3yo, she is just under their height requirement.  Much to Emily’s delight, she returned to the Stud in April 2013 and was lightly started by Fred Watkins before being put in foal.  Once she has weaned her 2014 foal, she will recommence her saddle training with Emily.

Jessie is in foal to Glenormiston Fibber McGee and her foal is due in August 2014.

Jessie as a foal: 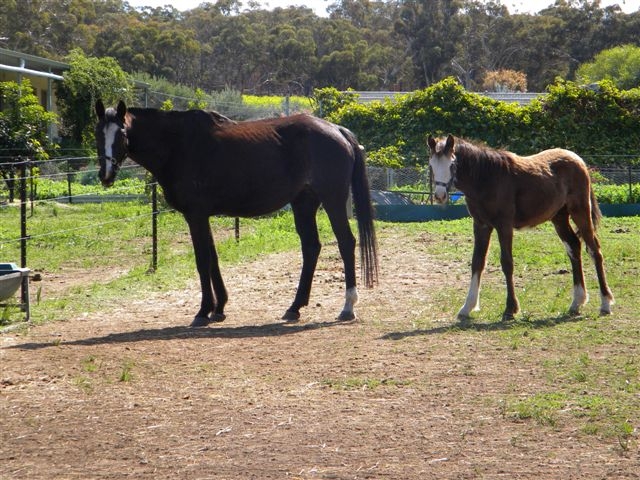