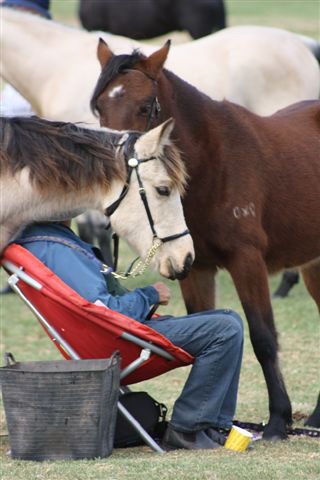 Aoife and Leitrim had their very first show outing on Sunday 15th May, attending the ‘Bibs & Booties’ youngstock show run by Dilutes Australia at the Perth Horse & Pony Club.

Until two days prior, neither had been on a float, seen a dressage whip or even had a show halter on (let alone seen Emily in a show hat!) but you would never have known this by looking at them at the show- they were absolutely adorable and behaved as though they were much older than their 9 months & 1.5 years!!

At just 9 months old and looking like a fluffy teddy bear, Leitrim stood out in the Buckskin classes.  The judge commented on how impressed she was with how calm and laid back Leitrim was and that she had a “beautiful temperament” and was a “superstar in the making”.  Aoife was equally well behaved in her classes, although she was still happily in “chilled out” mode when asked to trot… but we got there!

We are so proud of these two, and had such a fun day out! 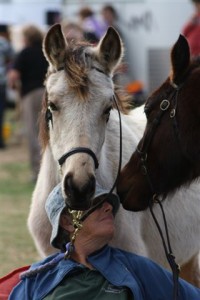 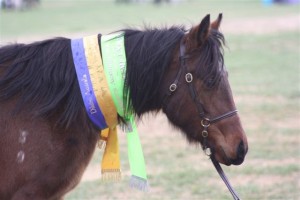