Glenormiston Dundrum gets a well-earned holiday playing with his mares after his stunning year of achievements.  Click here to see his full list of results.

At only four years old, Dundrum achieved what very few Connemaras in Australia have done, winning the ‘Supreme of Supreme’ title at a major All-Breeds Show, against all horse breeds (not just against native ponies!).  His sire, the handsome imported stallion Castle Baron, has done this on two occasions, so we are thrilled to be part of this very exclusive group!

Under saddle, Dundrum & Emily only started riding together in May 2011, and both have improved immensely over the second half of the year.  A big thank you must go to both Gidgegannup Adult Riding Club for allowing Dundrum to attend rallies as Emily’s mount (since there are very limited opportunities for stallions to participate in ridden activities due to EA regulations) and also to Leisl Wilding for her wonderful coaching and support given to Emily as well as handling Dundrum, aka the “spunk with an attitude”, so well! 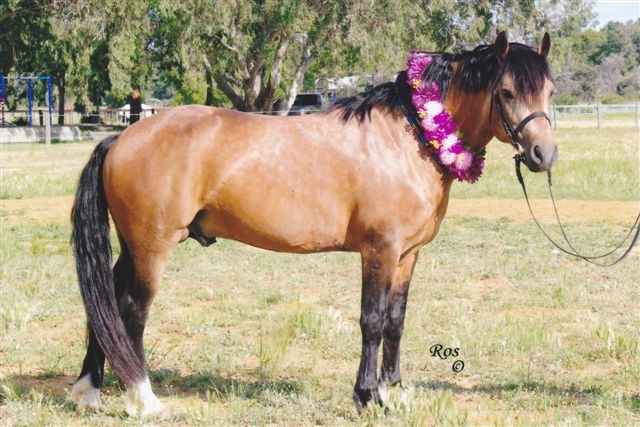 In just their first ridden breed show, Dundrum & Emily were sashed Top 4 Ridden Exhibit of the Show against all breeds.  Dundrum was also one of only two stallions to qualify for the 2011 Ridden Native Pony Championships Final, and the other qualifier was a lovely Welsh Cob stallion who was 3 times Dundrum’s age!  At the Dilutes Australia WA State Championships, they won the 2011 WA Dilutes Ridden DA Buckskin state title and were awarded the ’2011 Mini Elf Memorial Trophy’ which is given to the most improved DA registered pony/horse from WA. 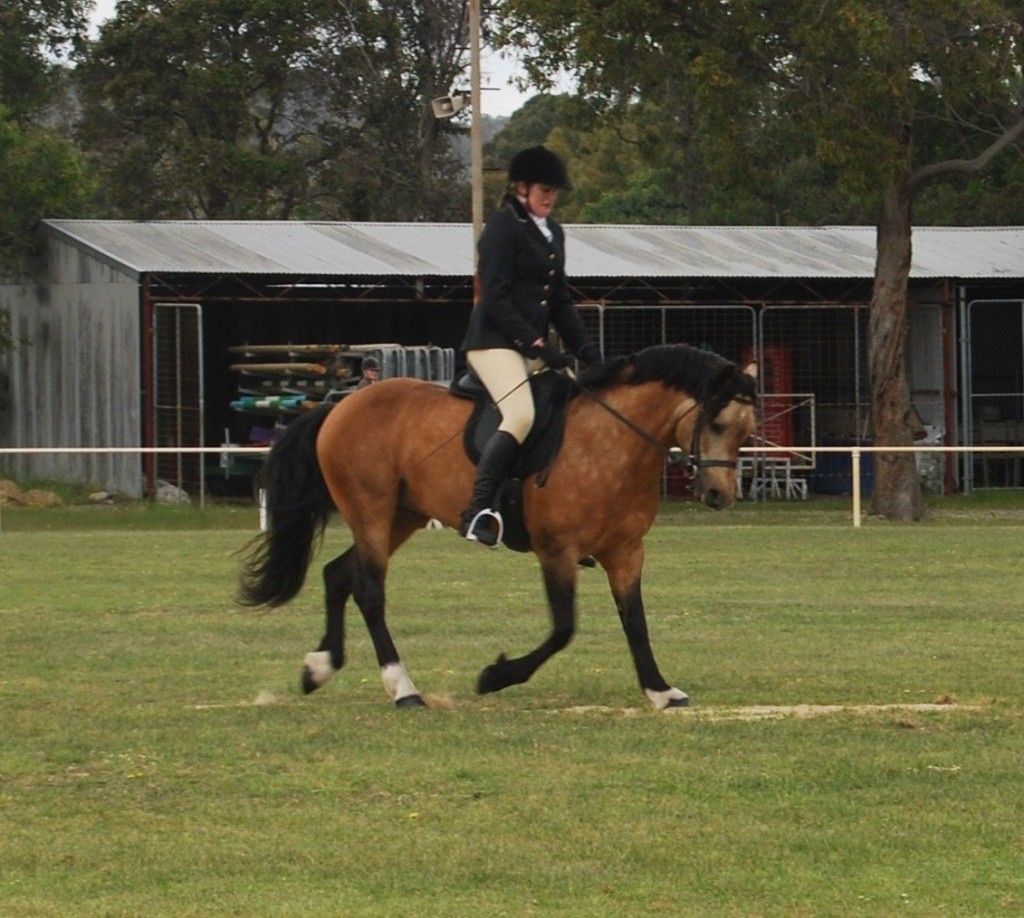 Dundrum was also recognised by the Connemara Pony Breeders’ Society of Australia with their Performance Pony Register, and is the current ‘WA Performance Pony State Title’ holder for both in-hand and under saddle disciplines.  Dundrum & Emily finished the year off with a bang, being sashed Top 3 Ridden Exhibit of the Show and winning the ‘Best Ridden Stallion of the Show’ award against all breeds at the ‘Ridden Breed Extravaganza’ show. 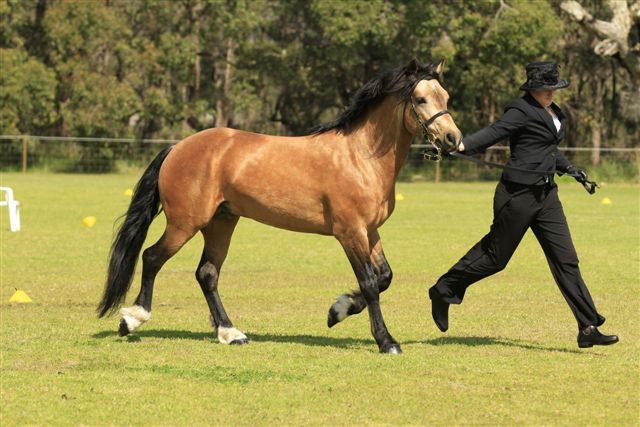 On the way to winning 'Supreme of Supreme' (Photo: Vicki Tapper for Redfoto)