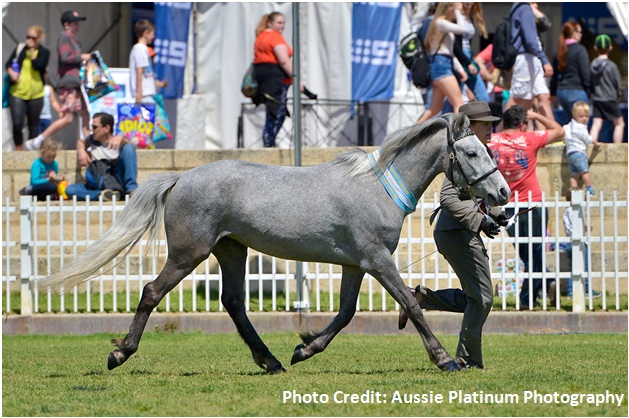 Stormcloud is an elegant filly who was Sue Clarke’s chosen filly by the imported Irish stallion, Gneevebrack Storm, to remain at the Glenormiston Stud. We had “ordered” a filly by Storm and were at Glenormiston when Storm ran with his first mare, Glenormiston Sibeal, and when Stormcloud was conceived.  When Sue realised she was very ill she offered Stormcloud to us for our stud, and we were delighted to buy her.

Stormcloud’s first ever show was the 2014 Perth Royal Show, where she won the Connemara Filly 3 Years & Under class, and to our delight was then sashed Reserve Champion Connemara Mare or Filly against mature mares almost 4 times her age, and was Reserve to the eventual Supreme Champion winner.  She was a delight to take out, and it was evident she enjoyed it too.

Stormcloud is in foal to Glenormiston Dundrum and her foal is due September/October 2015. 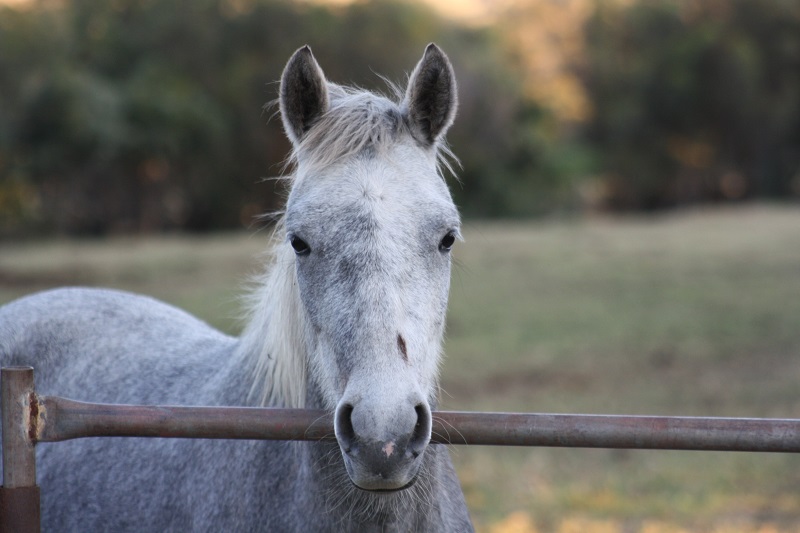 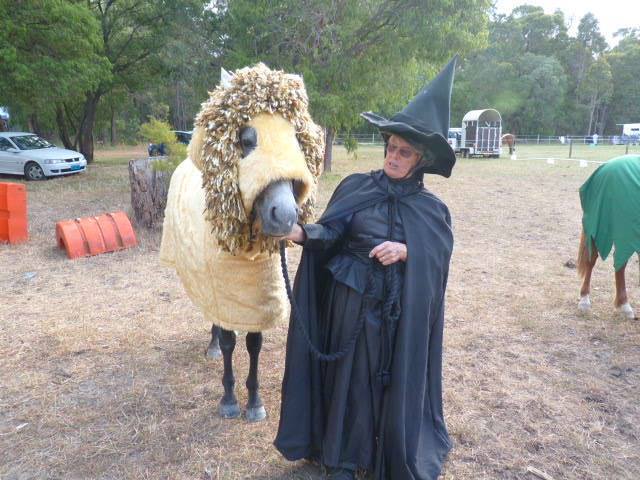 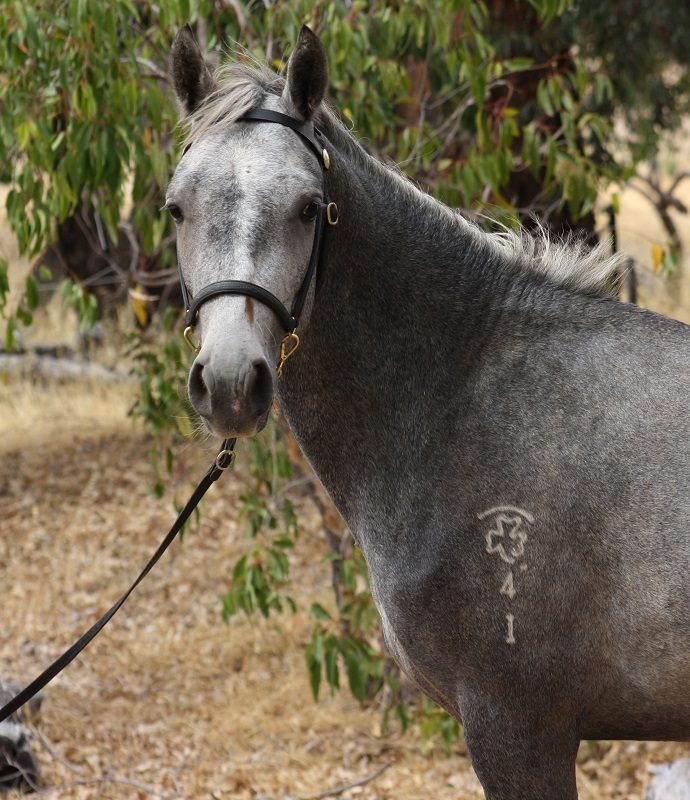 Stormcloud as a foal at Glenormiston (photos by Sue Clarke): 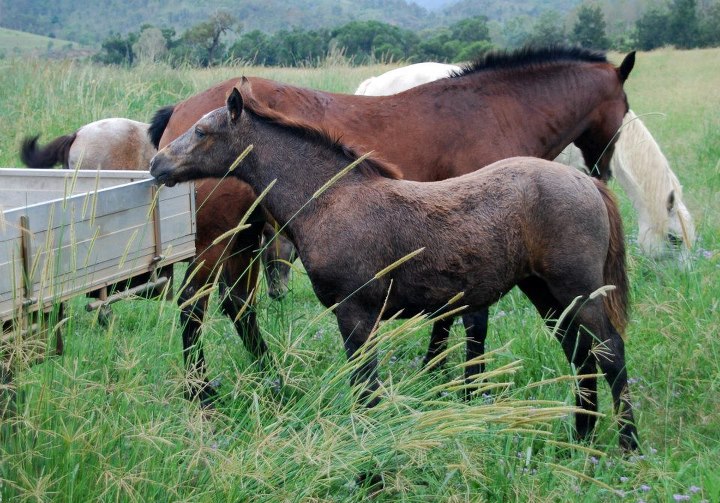 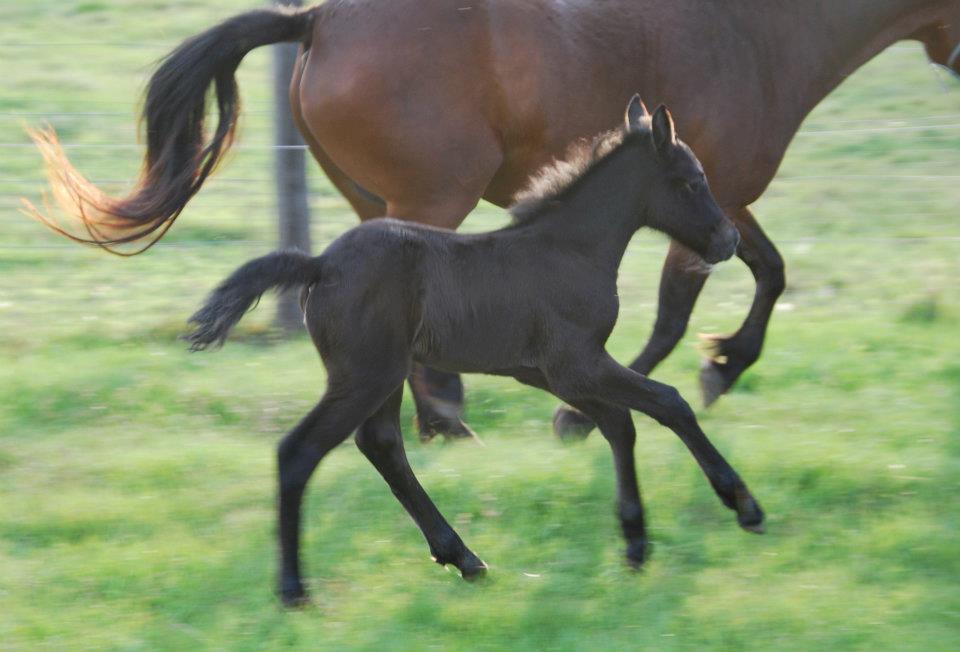 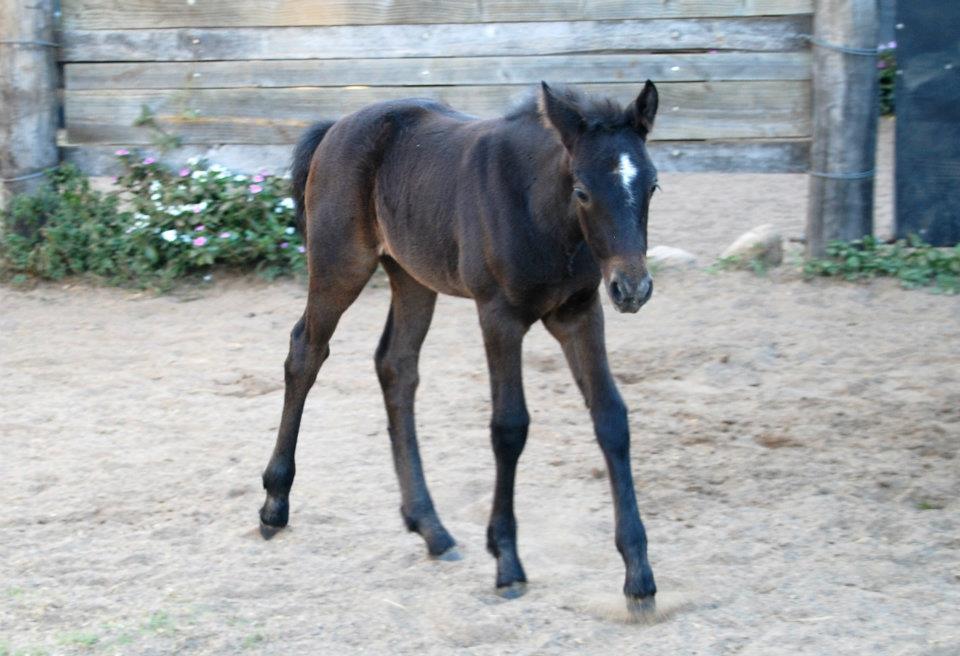