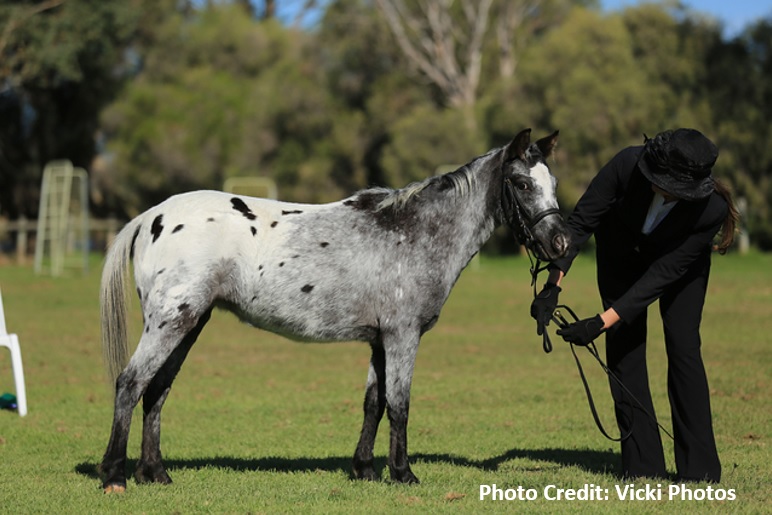 Celia is a proven performer in hand, has been started professionally under saddle and in harness and is an excellent brood mare.  We have owned Celia since she was a weanling and she has been a pleasure to handle.  She demonstrates the best of the breeding of both her sire and dam, and is a multi-supreme winner in hand with both Caspian and Palouse registrations.  The Caspian Horse is thought to be one of the most ancient of all domesticated horse breeds, and was believed to be extinct until a herd was rediscovered in 1965 in Iran- the breed is listed as critically endangered by the Equus Survival Trust.  There are very few registered Palouse Ponies in Western Australia too, so Celia is a unique find!

Celia is approximately 11 hands (she was officially measured as a 2yo at 10.1 3/4h) and is triple registered with the Australian Palouse Pony Association, the WA Caspian Preservation Society and the Combined Broken Coloured Horse Society of WA.She is a favourite with children because of her colour and temperament and enjoys giving pony rides and being fussed over. She has superb forward movement and should excel in harness in all disicplines, including pony trots. Celia has had a beautiful colt (now gelded) foal, Powderbark Rumpelstiltskin, who shares her palouse characteristics. She is an excellent brood mare, carrying the foal happily and raising it successfully.

Celia has not been worked in harness or under saddle (independent rider) for several years, which is reflected in her price.  She has been used at our Stud as a reliable lead line pony for visiting children and as a floating companion for our youngstock, however we feel she is under-utilised as we don’t have a child rider available for her.  She is currently in excellent paddock condition and vet checks welcomed.

(Photos below with children are used with consent.) 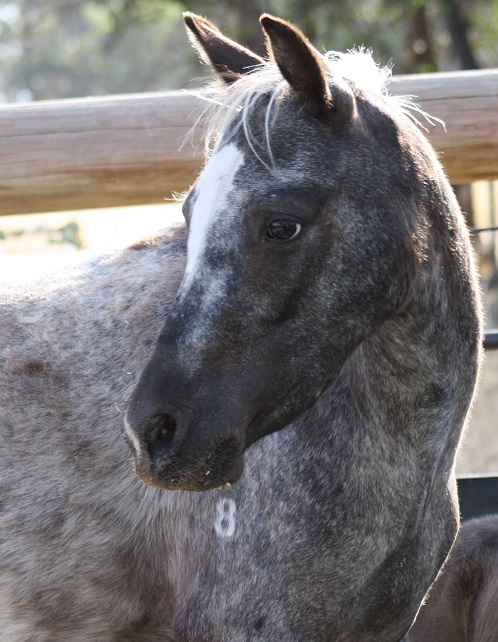 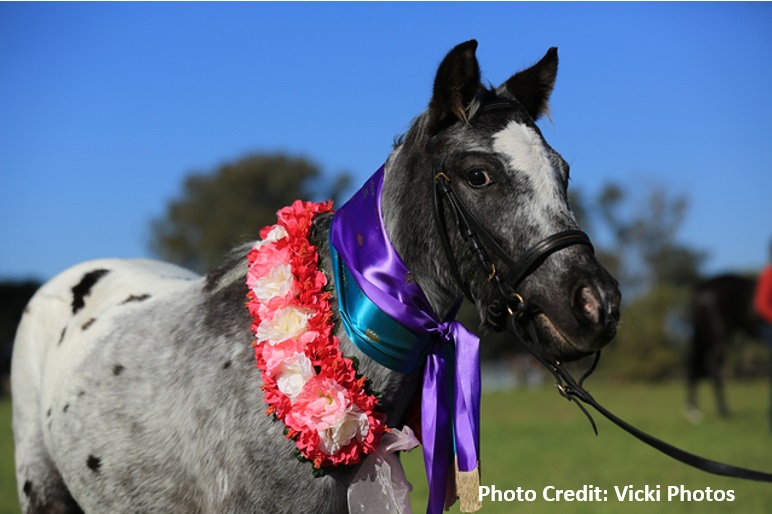 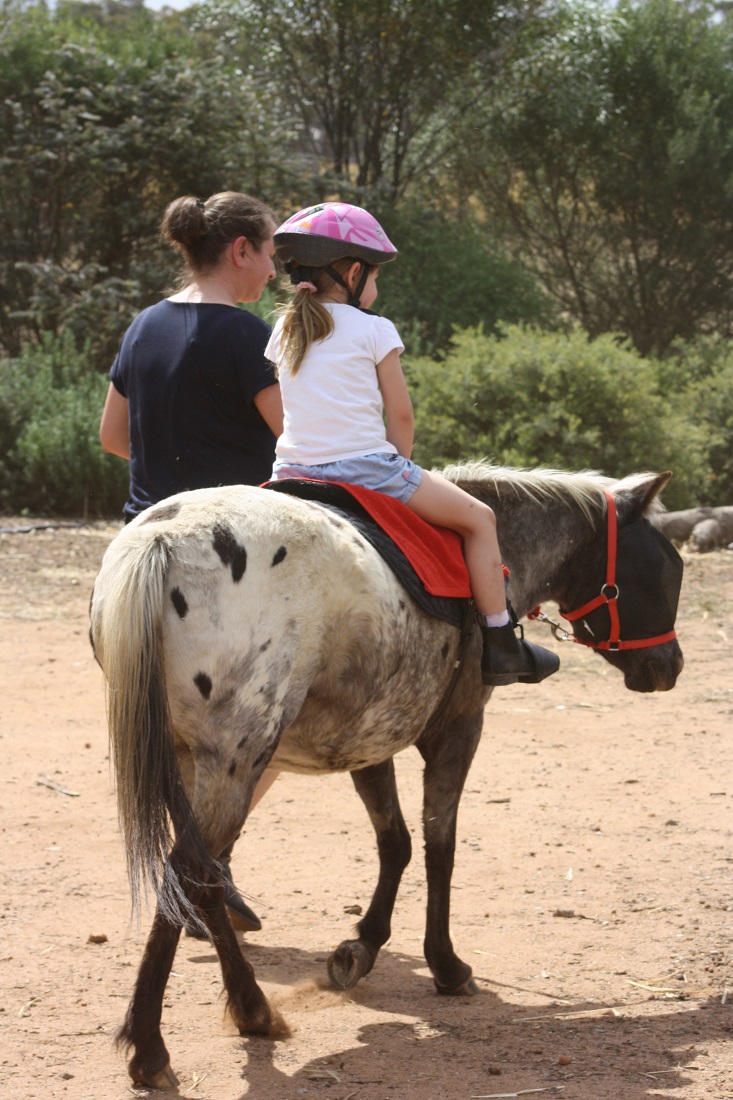 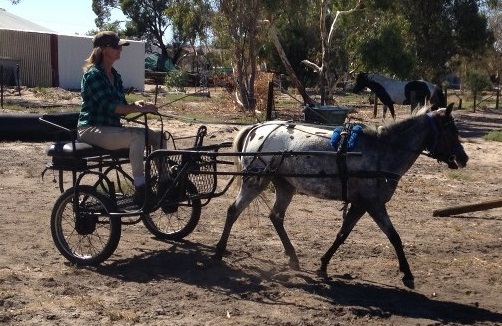 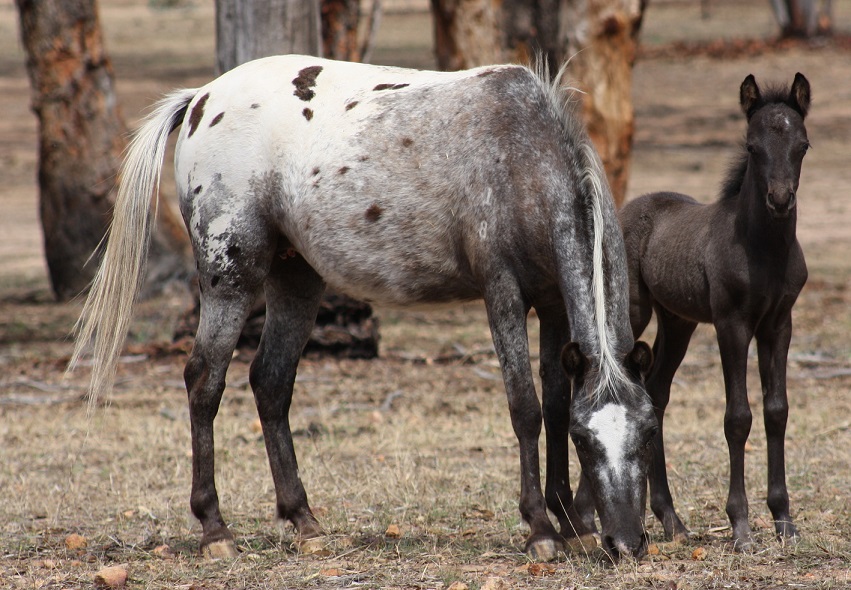 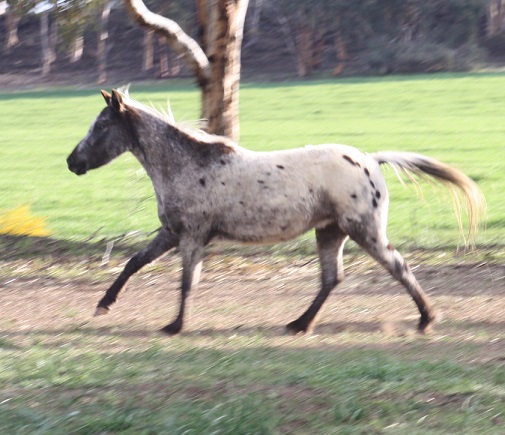 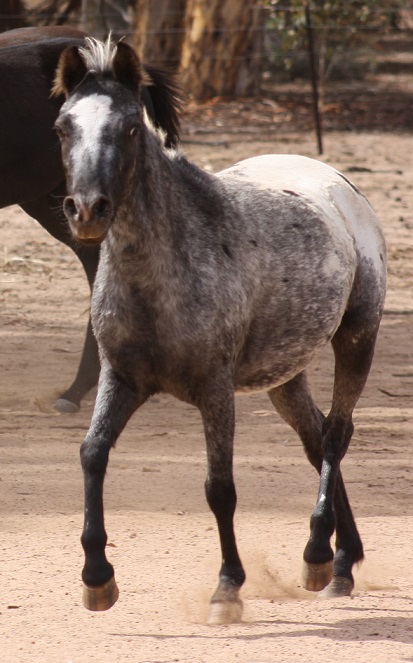 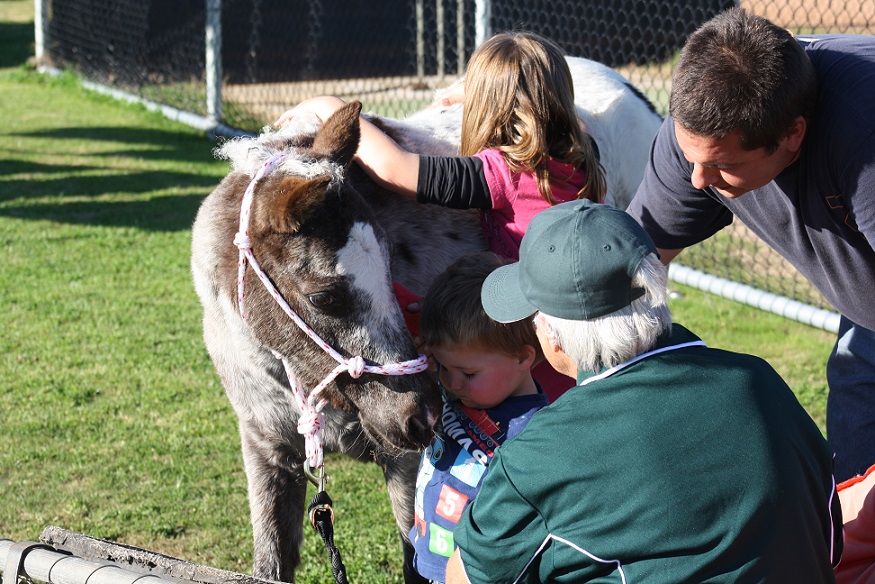 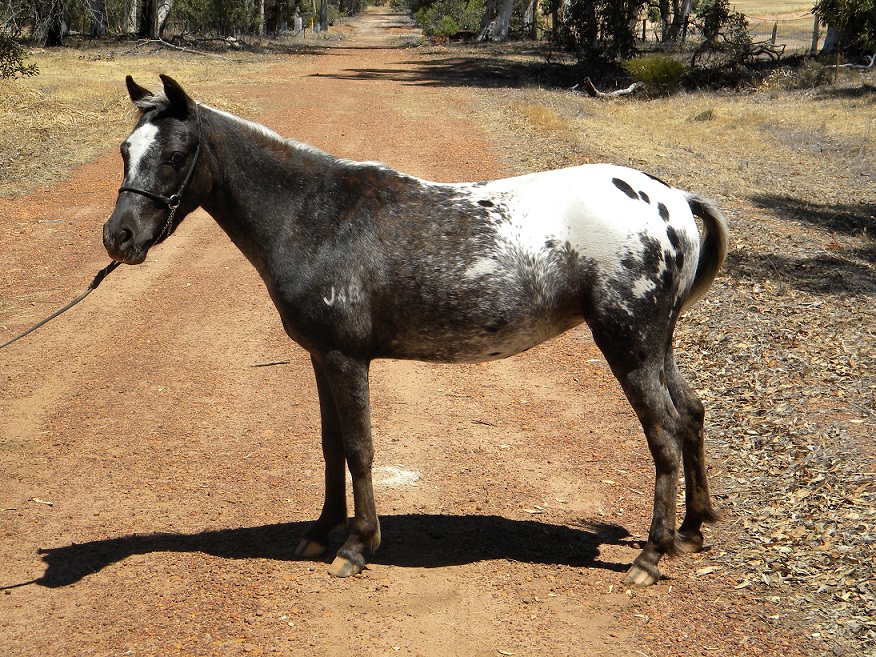 Celia as a yearling at her first show: 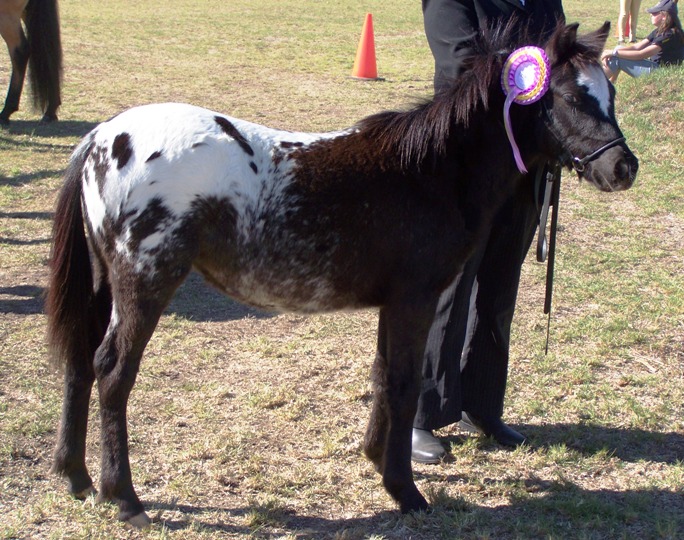